We have a few roles to fill please! 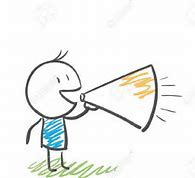 Rehearsal dates will be arranged by mutual availability by cast and director. This production was slated for April of 2020 but had to be halted because of the pandemic shutdown. The show is now back in production with all the scene directors and most of the original casts - with exception to a few roles that need to be recast.

Arrive 6:30pm - scripts will be available to peruse at that time. 7-8pm - auditions/readings.

Covid precautions are mandatory - everybody involved in this production must be vaccinated, show proof of vaccination and wear masks at all rehearsals.

Performances at Muccc currently are same except that the performers do not have to be masked - this is subject to change by NYS guidelines.

And HERE are the roles to be filled

Auditioning for the role of "Robin" in “A Calamari Out of Water”. Directed by Deb Tompkins Character: Female - late 20’s-mid 30’s.

Plot: Robin and Meg have been waiting forever to get reservations at Chez Wallington. When they finally get there, Chuck and Gil have a very different plan. Will they enjoy their evening out together or will their plot be foiled?

Auditioning for the role of "Mildred" in " Speed Date" and "Speed Date 2: Support Hose" Directed by Amanda Lobaugh: Character: Female 20's-50's. NOTE: The character of Mildred must be able to be in both Speed Date and Speed Date 2

Plot: It's a speed date - what could possibly go wrong?

Auditioning for the role of "Gwen" in "A Soldier's Heart" Directed by Paul Scheib Character: Female any age

Plot: A play which looks at communication between couples or, the lack of it. She's very pregnant, and he's oblivious.

Plot: Mr. and Mrs. Greene are out for their anniversary dinner and get a special visit from the Chef to commemorate the event. Then things get interesting.

NOTE: All characters except for Mr. Greene have already been cast. The important factor is how well the couples work together.

stay safe and thank you!